Naseer Bade (CEO), Saad Ali (Account Manager), and Hope McGowen (Technical Writer) explored the sponsor exhibits in the expo hall, attended sessions, and networked throughout the event in the Indiana Convention Center. Tracks included Hybrid Cloud & Emerging Technologies, vSphere & Virtualization, EUC – Desktop Virtualization, Storage & Availability, and Demo Zones. Most of the discussions centered on taking your business to the next level with virtualization, the benefits of cloud services, advice and encouragement from IT directors who had recently transitioned their businesses into virtualized spaces, and storage options.

Several members of the Federal Merchants team met up with the ViewSonic team (VMUG UserCon Silver Sponsor) for dinner and drinks after the event. We were able to strengthen our close relationship with ViewSonic over laughs and a little bit of shop talk. Our Federal Merchants team walked away from the day’s events excited about everything we learned and about doing even more business with ViewSonic in the future.

FMC is a minority-owned, small business focused on enriching client experiences. We provide a wide variety of products and services to government and commercial clients. 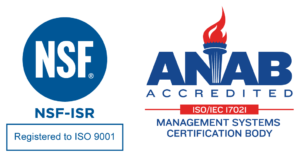